Thank you to Aman Verjee for agreeing to join us for a fireside chat. Aman is the General Partner of Practical VC, which buys unicorns on sale and invest in VC funds that are already winning to skip the first 5 years of risk associated with start up businesses. Aman's most recent venture is buying secondaries in funds at a 30% to 70% discount to the market. We are excited to have him come on our show to talk about "PRICE TAGS ON TECH COMPANIES: ANALYZING PRIVATE AND PUBLIC VALUATIONS." My goal is to not only talk about Practical VC's investment strategy but to get into his learnings from his time with the PayPal mafia. We hope that he will wander off a little bit and talk about his time as CFO of SONOS as wells. Bring all of your questions with you or send them to me in advance at michael@flaia.org. In the meantime, let's wish Aman Verjee the best of luck with Practical VC. 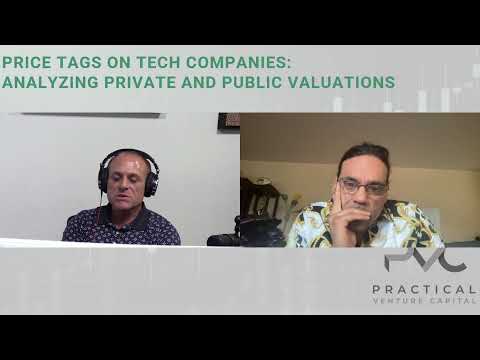 Practical Venture Capital (PVC) is a Silicon Valley VC firm that buys secondary interests in mature, top-performing early-stage VC funds and companies. The co-founders and managing partners are Dave McClure and Aman Verjee, experienced investors and internet startup veterans who have worked at PayPal, eBay, Sonos, Founders Fund and 500 Startups. They have been early investors in 30+ unicorns and 8 IPOs that have generated 50-100x+ returns including Credit Karma, Twilio, SendGrid, Lyft, TalkDesk, Canva, among others.

Let’s grow our businesses together